Goodness! Is it another weekend already? It is! And the leaves are finally starting to turn here in North Carolina, and it might get down below freezing. Not that fall is late or anything. I mean, it’s only November. The world isn’t getting out of balance, is it?

Okay, so maybe it is. Scratch that: it definitely is. Which is something I address pretty directly in The Dreaming Land trilogy, although I don’t feature climate change directly.

But first: Bragging time! Last week’s release promo for The Dreaming Land II: The Journey was by at least one measure my most successful promo ever, as I finally achieved my long-held goal of hitting #1 in a category in the Amazon free store. Actually I hit it a whopping 3 categories!!!! A huge thanks to everyone who downloaded it, and of course a big shout out to reviewers past and future–you are the best!

As you can see, TDLII hit the top of the LGBT, Epic, and Metaphysical & Visionary categories. Which seems like the categories where it needs to be. It’s certainly epic in and of itself, and part of a very epic trilogy, which is part of an even more epic uber-trilogy, so I don’t think I can ever pass it off as anything other than epic. And there is a bittersweet love triangle going on between the main character, her former (female) lover, and her current (male) lover, so while the bisexual element is not the main point of the story, it certainly features in many scenes, and forms an important subplot.

And as for metaphysical & visionary–definitely. The entire Zemnian Trilogy is meant to be “meta” about lots of things, such as storytelling, culture, perception, life, ethics…pretty much everything that appears in the story is meant to be both the thing in itself, and to be seen from a higher or more abstract perspective. So Valya’s interactions with animals and the natural world both further the story, and tell another story, one about struggling to make moral choices against the backdrop of an inherently amoral natural world. The natural world that Valya lives in is animate, but it doesn’t care much for what humans want or think they need. Valya thus has a series of visions and supernatural encounters that push her to understand how the “world of women,” aka human society, has gotten out of balance with the rest of the world, with dire consequences for all.

One of the main articulations of this problem is this conversation Valya has with a wolf-spirit in a dream:

Well met, sister, she said, and her voice in my head held amusement and authority. I hope you have listened to our sister’s plea.

You consider the elk to be your sisters?

We are all sisters, said the wolf. Every one of us. You think because we prey upon them that we cannot be sisters? Nothing could be farther from the truth.

The wolf drew back her lips in a quick snarl, or maybe a grin. Maybe so. The love between predator and prey tends to be very one-sided. In any case, though, it is only you humans who have broken the bonds of…if not sisterhood, then nature, and become greedy and thieving, taking more than you need, breeding more than you need. You act as if the limitations of the natural world do not apply to you. Of course, we wolves take, we wolves kill, but only in measure. Only as much as the world will allow us. We have our limits and we live within them, harsh and narrow as they are, because we have no other option. But you humans do not. You think that all options are open to you, and you can choose to be all things at once, take all things at once, as much as you want and more. But you cannot. Why do you think we gave your foremother the choice: either to live as wolves, taking and killing as you will but breeding and surviving in very small numbers, or to set aside your wolfishness. She chose the latter, which was perhaps wise, and for that, we have left her kin, and all her people, in peace. But they keep breaking the oath.

Yes, Valeriya Dariyevna. The Tsarina has. No one else. One woman is not enough, not even the Tsarina. 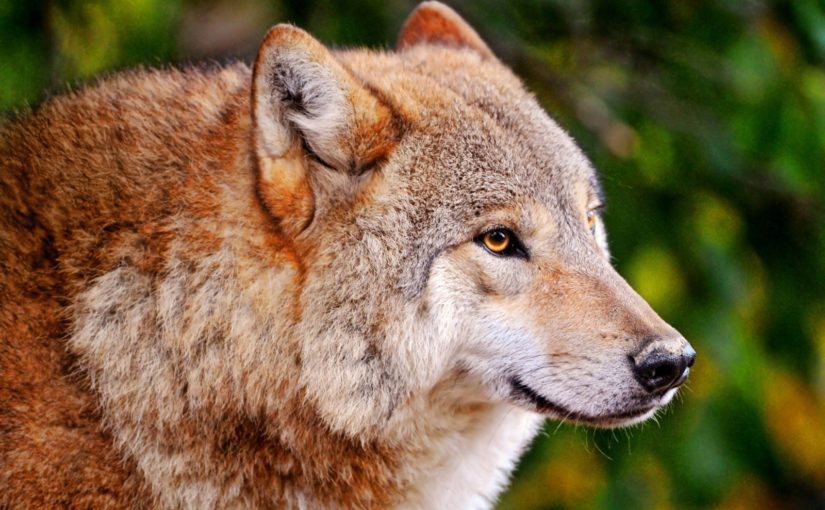 A red wolf, of the sort that currently have a very tenuous hold on survival here in NC.

The wolf reminds Valya of three very important things: 1) Predators may feel “love” for their prey, but the prey are unlikely to return the favor. Or in other words, it doesn’t matter how good your intentions are or what you think you’re feeling about others if you’re harming them. 2) Predators are vulnerable and dependent populations, and with strict upper limits to population density in any given region. 3) Humans want to prey on others without accepting the downsides of being a predator, and are thus destroying things for themselves and everyone else. The wolves have taken it upon themselves to remind the humans of the mistake they are making.

Valya is thus tasked with turning around the environmental destruction humans actions have caused. She has already taken it upon herself to change her own action, an important first step. That’s hard enough, and without that nothing is possible. But now she has to convince others as well, a task that is exponentially harder.

Valya has a hard task, but we Earthlings have a much harder task, because there are so many more of us and we’ve done so much more damage. One woman is not enough. Even two women are not enough. But two billion might be, and those two billion would be made up of individuals who gave more than they took.

An elk (moose in North America) calf, like the one Valya heals in TDLII as she tries to give more than she has taken and undo a little of the harm that humans have caused.

So how can we give more than we take? I’m not sure that’s even possible for modern humans, but maybe we can take a little less by changing our housing and transportation choices and most especially by modifying our diets, which, I’m here to tell you, is by far the easiest of these actions, AND is supposed to be the most far-reaching, so you get twice as much bang for your buck! The good news is that it is possible to undo at least some human-caused harm to the world, as this hopeful report on the hole in the ozone layer shows, not to mention the success in rescuing several wild species from the brink of extinction. We can do it, we just have to not let our own dark side, our own weakness and greed, get in the way.

And speaking of giving things away, I’ve got TWO giveaways to announce this week! First of all, the Dark Nights and Book Delights Giveaway is still going strong, with over 100 free fantasy books available. Secondly, I’m giving away signed paperbacks of The Breathing Sea I to the first three people who message me (you can reply to this post or email me directly at elenapedigo@yahoo.com) and request them!

2 thoughts on “Two Women are Not Enough: A World Out of Balance”