The Dreaming Land III is almost here! I’m planning to do the last formatting and prep this weekend, and it should be ready for launch by December. Meanwhile, if you’re thirsting for more fantasy, why not check out the Magic and Fantasy Giveaway, with over 100 free fantasy stories available, including, if you don’t have a copy of it yet, Winter of the Gods and Other Stories. That snow is looking more and more appropriate, isn’t it? Check out the giveaway here.

Along with fretting over formatting my own books, I’ve been doing plenty of reading of other people’s books, some fantasy, some other genres. A fantasy book I’ve read recently that I have to recommend is Robin Hobb’s Fitz and the Fool trilogy (Amazon link to Book 1 here). 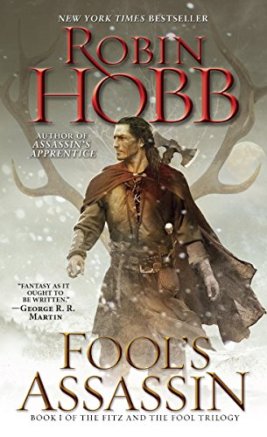 FitzChivalry Farseer is one of the most maddening, difficult, engaging fantasy heroes out there. If you are not obsessed yet, you haven’t truly experienced epic fantasy.

As with all the FitzChivalry Farseer books, the Fitz and the Fool trilogy is basically a meandering, sprawling, heartbreaking, impossibly epic mega-story split up into three books (Huh…not that I borrowed anything from that. No indeedy). If you’re looking for some taut, tightly-plotted piece of modernist fiction, keep walking. If you want to immerse yourself in one of the most well-realized worlds in contemporary fantasy, and spend a few more years in Fitz’s company as he gets dragged out of his country retirement and back into the assassin’s business, then run, don’t walk, to your nearest book retailer and grab yourself a copy.

Another, very different fantasy book that I’ve been enjoying very much is The Nest of Nessies, book 6 in the Penny White series. This delightful series features a female vicar with a Doctor Who obsession and the ability to cross into a magical parallel universe. 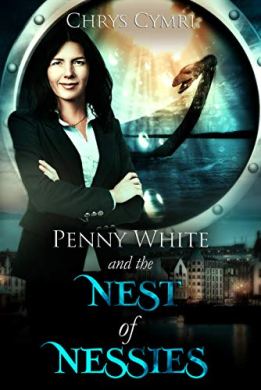 The author is himself a vicar, and his intimate knowledge of the subject shows: when Penny isn’t riding around on invisible dragons and hoping people aren’t ogling her bum as it flies, apparently unsupported, through the air, she’s dealing with the minutiae of parish council meetings. If you’re looking for something humorous and wholesome, with a healthy dollop of British charm, Penny White may be the series for you.

And, of course, I’m reading some “serious” Russian literature as well. I just started making my slow way through Zakhar Prilepin’s Obitel’ (Monastery), a massive brick of a novel set in the Solovki monastery/prison camp. 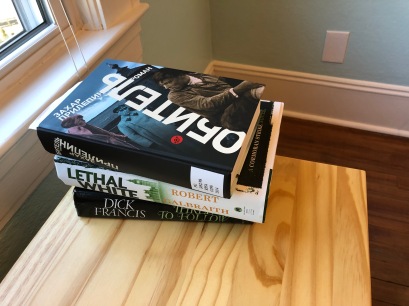 A little selection of my bedside reading. Two Brits and a Russian. All highly recommended.

It’s unfortunate that Prilepin’s work is so little translated into English (summer project????), although I highly recommend Sankya, which exists in a creditable English translation. Reading Monastery made me think about the genre of “camp prose,” aka, stories about prison camp life, which was a significant 20th-century genre, and which leading Russian authors such as Prilepin and Makanin have continued into the 21st century, despite not being sent to camps themselves.

This ties in my class reading this week, in which we discussed Arkady Babchenko‘s One Soldier’s War, and in particular this passage, from the section “Chechen Penal Battalion”:

The army has been living according to prison-camp rules for a long time. A male collective in a confined space inevitably assumes a prison’s model of existence. It’s a universal truth–the strong always push around the weak, and, anyway, someone has to mop the latrines.

My American students tend to bridle at that statement, and this time they bridled hard. Probably it’s because they’re used to protecting men from criticism, and maybe also because we’ve gone down this whole it’s-all-training rabbit hole, insisting that there is nothing inherent about men or male-dominated societies that make them cruel and violent…certainly the military and prison are models of kindness and fairness, and everyone knows what good citizens fraternities are…what’s that you say? They’re not? Funny, isn’t it? And yet somehow we allow them to flourish.

Anyway, if other people want to argue with Babchenko, more power to them, but when I included my “prison camp” scenes in The Dreaming Land II, I was working explicitly from the camp/military prose tradition in Russian letters, which does not shy away from depicting the horrors perpetrated by a male collective in a confined space. Valya, who is at heart an idealist and also likes men (in many ways), struggles with everything the prisons and work camps say about her people and her country:

“I know,” I said with a sigh, drawing a surprised look from Dmitry Sofiyevich, who had clearly been expecting me to argue against his pessimistic assessment of convict life. And I did want to argue against it, but I knew that his description of the current state of things amongst the convicts was all too accurate. I just couldn’t help but think that perhaps it could be changed. After all, amongst the women, as Dmitry Sofiyevich himself had said, things were slightly more civilized, or at least there was something resembling the rule of law between them, and we could walk into their living quarters without fear for our lives.

Which meant that the convict life did not have to mean the loss of everything, of becoming less civilized than wolves. But amongst the men…amongst the men things were quite different, and I had no doubt that Dmitry Sofiyevich was right and that terrible things would happen to us if we were to walk into their barracks tonight, and even more terrible things would happen if we were to try to prevent them from inflicting all kinds of vile torments on each other, and that the whole system depended on the love of some—well, many, actually—for the right to hurt others, which they held in higher regard than any other liberty or pleasure, and for which they would sacrifice every opportunity at a better life. It was as if…it was as if they were imprisoned by their own manhood, and no matter how much they might pretend to rattle at the bars, they would fight to the death anyone who attempted to free them. To the death of freedom, certainly.

And yet they had all been someone’s precious little boys, conceived in joy, carried in hope, borne in pain, and raised with love, perhaps as beloved by their mothers as Mirochka was by me…I thought of the boys I had healed, the ones who had been gelded. They had seemed so innocent, but would they end up here one day too, driven by some compulsion, stronger than any curse, to do to others what had been done to them? Or was there hope? Was I a fool, a starry-eyed fool, or was there hope, at least for some, maybe even enough to make a difference in the long term? Could things be better, if not in my lifetime, then in Mirochka’s, and the tsarinoviches’, and that of the children we had rescued?

The struggle between freedom and bondage, and between compassion and cruelty, as well as what to do about men, who are so beloved and yet do so many bad things, is central to Valya’s story. And while she lives in a fantasy world, one that draws heavily from Russian influences, the prison problem is one that is particularly relevant to American culture. After all, one thing we are definitely Number 1 in is imprisoning people. So what does that mean for a culture? What does it mean for a country when so many of its people are exposed to the brutalizing effects of a male collective in a confined space? Is our bloated prison system, standing in stark contrast to the claim to be “the land of the free,” not only our Jungian shadow, but part of American hyper-masculinity? As I discussed in an earlier post, is our very concept of freedom and power masculine in nature?

My characters don’t really have answers to those questions, and neither do I. I’m more in the business of asking questions than giving answers. But it’s good to chew over questions with no easy answers from time to time. It builds the brain muscles, and–who knows?–maybe one of you will come up with a brilliant answer.

The Dreaming Land II: The Journey

The Nest of Nessies