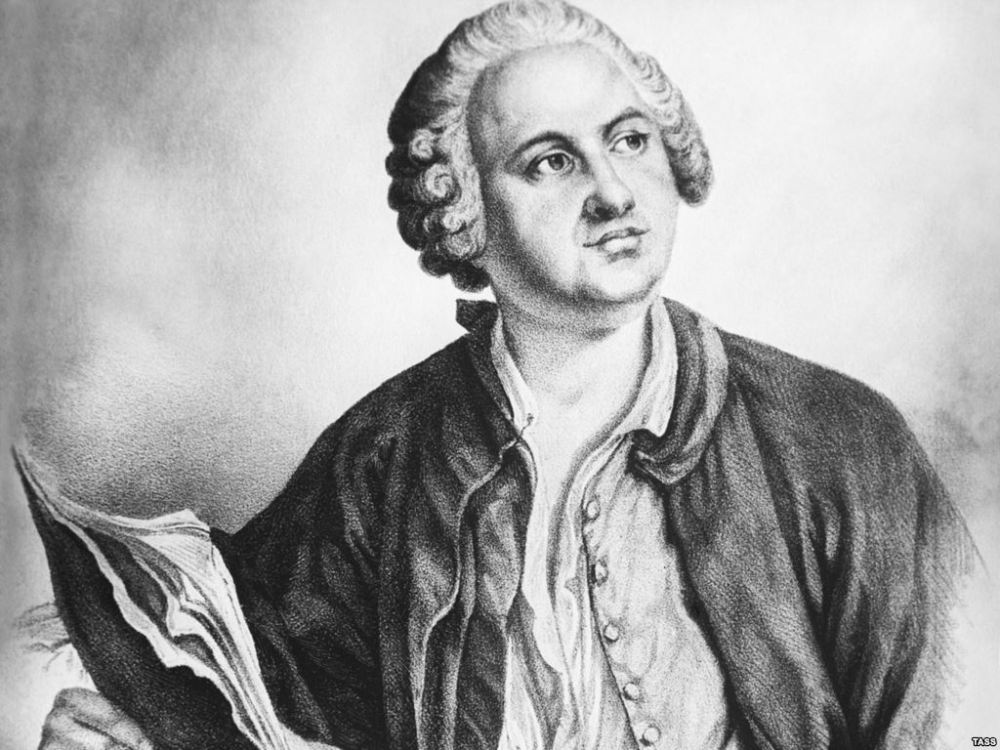 Russian literature didn’t come into its own until partway through the 19th century. But already in the 18th century it was laying the ground for its later flourishing through the actions of people of genius, whose writing was groundbreaking for its time and whose lives were even more exciting. Of all the fascinating figures of that period, perhaps the most fascinating is Mikhail Lomonosov.

Born to a peasant family on the White Sea in 1711, the young Lomonosov had an unquenchable thirst for learning, eventually setting off for Moscow at the age of 19, a 2-month journey he conducted largely on foot. Once there, he lied about his peasant origins in order to enroll in a seminary school, where he sat amongst boys half his age–and size–while learning Latin. Once his non-noble status was revealed, he was almost expelled or even punished more direly, but Russia had such a pressing need for native-born scholars that he was instead sent to Germany to study with the top physicists and chemists of the day. Upon his return, he made a career for himself as one of the leading authors and scientists of the day; although he is remembered now largely as a poet, he spent most of his time and energy conducting experiments and working on his glass factory, which was his pet project.

As one of the very first Russians to write in syllabo-tonic verse, Lomonosov ushered in a new era of Russian versification and paved the way for the Golden Age giants of the pen such as Pushkin, Lermontov, Baratynsky, and Pavlova. To the modern reader, however, Lomonosov’s verse can sound overly pedantic and stilted, with an abundance of references to obscure Greek and Roman deities. Reading about him, to be blunt, is often a lot more fun than reading him.

Boris Menshutkin’s classic 1936 biography, a revised and expanded version of his biography written for the bicentennial of Lomonosov’s birth in 1911, and translated by Jeannette Eyre Thal and Edward J. Webster, is thus a cracking good read, even if it does have a decidedly Soviet air to it–but that only adds to the fun. Menshutkin focuses on Lomonosov’s personal life and scientific endeavors rather than his writing, revealing a lesser-known and extremely entertaining (if you’re into that sort of thing) side of Lomonosov, such as how he married a German woman and then ran off back to Russia without her, only to have her track him down and insist on being taken into his household; got into drunken fisticuffs with his fellow academics (faculty events were a lot more exciting in those days, I guess); tried to catch lightning (one of his peers was so successful in the attempt he died from it); worked on disproving the theory of phlogiston, and so on and so forth. This is not an in-depth scholarly biography, but it is informative and highly readable, and both scholars and non-scholars looking to learn a little more about the man that Moscow State University was named after would do well to start with with this charming, vintage gem.

And a reminder that the Fabulous February Fantasy Giveaway, with over 150 free fantasy stories (including a preview of The Breathing Sea) is still going on!  You can check it out here.