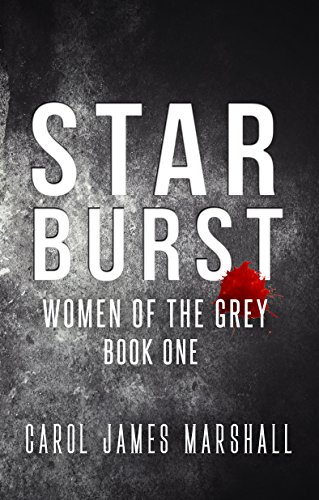 Starburst (Women of the Grey) (Volume 1)

Operating somewhere on the border between horror, suspense, and sci-fi, “Starburst: Women of the Grey” is deceptively simple and yet creepily riveting.

The narrative alternates between Lisa, Craig, Maggie, Rafael, and Iggy. We gradually learn that Lisa belongs to a non-human (but humanoid in appearance) all-female group called the Grey, and has been released into a not-very-nice part of Los Angeles on a mission to find a group of marks (the other characters) and bring them to a rendezvous point at a certain date. If she succeeds, she will become a Mother and gain power in the Grey; if she fails, she will…she doesn’t know, but it won’t be good. She also doesn’t know what will happen to her marks if she succeeds, but she suspects that won’t be good, either.

Despite being victims, both of life and of Lisa’s schemes, the other characters are more fascinating than sympathetic. In fact, the entire book is essentially a study in autism, depression, and mental illness, as all the characters feel unable to connect to anyone around them, and suffer from visions and confusion. The “horror” of the book is more about disengagement from society, and even from reality, than it is about more traditional monsters, but is all the more horrific for that.

The alternating narrative viewpoints builds and builds the tension, as we learn more and more about the characters and their interlocking lives, even as no one, not even the orchestrators of the event, knows how things are going to end. I didn’t exactly “like” the characters, but I desperately wanted to know what was going to happen to them, and I flew through the book, even though horror is not normally a genre I enjoy. As it’s only about 230 pages, it was a very quick read, and I definitely recommend it to anyone looking for some gripping psychological horror that’s not too long.

You can get your own copy here: Starburst (Women of the Grey) (Volume 1)