It’s another not-so-beautiful early spring day here. The daffodils are blooming, but the occasional flake of snow falls from the sky. So it seems like a great opportunity to write some more about my story of spring, The Breathing Sea. 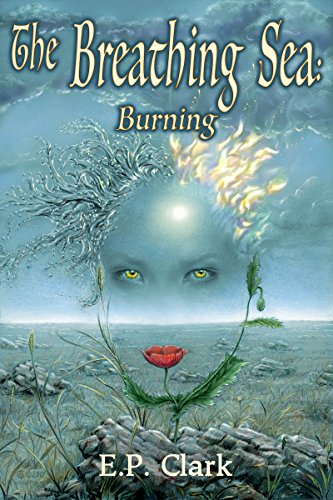 As I wrote last time, The Breathing Sea starts in early spring and continues until midsummer, and is a story of uncertain hope for the future. Summer will come, but when? The question we’re all asking ourself about now!

It’s also, like all my books, stuffed to the gills with references to Russian literature. Dostoevsky is probably the most obvious influence, with allusions to The Brothers Karamazov (when the heroine admires the sticky green leaves of spring), The Idiot (when both the heroine and her sister see golden light glinting off things as a sign of immortality, like the condemned man awaiting his execution in The Idiot), and Crime and Punishment (when the heroine has a terrible dream about beating a horse, like Raskolnikov). But another work that looms large in The Breathing Sea is Chekhov’s short story “In the Ravine.”

“In the Ravine,” which was published in 1900, is one of Chekhov’s most mature and disturbing works. It’s the last work in a trilogy about peasant life: “Peasant Women,” “Peasants,” and “In the Ravine.” Chekhov, who was of peasant stock, wrote about the Russian peasantry with a clear-eyed compassion that presented all their failings as well as all their troubles. Not for him any cotton-candy idealization of Russia’s largest and most unhappy class.

“In the Ravine” is so brutal because none of the characters are either wholly good or wholly bad. Lipa, the shy, submissive, sympathetic heroine who is married off in her early teens, is incapable of standing up for herself or her child, just as her mother failed to protect her. Aksinya, the clever, hard-driving villain who becomes a murderer, has also come up from nothing, and unlike everyone else, is able to make something of her life. We are invited to contemplate the fact that Lipa’s innocent sweetness is no shield, while Aksinya’s amoral ambition can actually accomplish things.

“Aksinya had naive grey eyes which rarely blinked, and a naive smile played continually on her face. And in those unblinking eyes, and in that little head on the long neck, and in her slenderness there was something snake-like; all in green but for the yellow on her bosom, she looked with a smile on her face as a viper looks out of the young rye in the spring at the passers-by, stretching itself and lifting its head.”

This depiction of Aksinya-as-viper is unusually ambiguous: normally when we call a person a viper, it only means something bad. But it is Aksinya’s smile and her naivety that associate her with a viper, as well as her spring-like colors of yellow and green. The viper here seems as much a symbol of spring as it does of danger.

Accordingly, when I went to write Dasha, my own heroine, I associated her with a viper in the spring rye:

When they stopped for a rest and a meal, Dasha went to examine the young heads up close—and jumped when a brown and yellow snake popped up out of the rye and hissed at her, smiling. Dasha leapt away, her head snapping back hard enough to make her shriek.

“It’s a viper,” said Oleg, pulling her back. “A female expecting young. Let’s move on, and leave her be.”

“Is she dangerous?” asked Dasha, shaking tingles out of her shoulders.

“Vipers won’t normally chase you down, but they’ll strike if you bother them, and females with young are always dangerous. Come.” They backed away and led their horses a few yards farther down the road, and the viper disappeared back into the waving rye. Dasha knew that she should be afraid of her, that she should be repulsed by her, but mainly what she felt was a curious sense of…kinship. As if she and the viper were sisters, which couldn’t be right, but was.

Dasha, like Aksinya and “In the Ravine” in general, is also associated with fog and steam, and as in “In the Ravine,” the final denouement of The Breathing Sea I takes place while the characters are doing laundry. In the opening passages of “In the Ravine,” we are told that “there was boggy mud there even in the summer,” “sin seemed to hover thick like a fog in the air,” and every morning “Before the sun had risen in the morning Aksinya was panting and puffing as she washed in the outer room, and the samovar was boiling in the kitchen with a hum that boded no good.” And indeed, Aksinya will use boiling water to commit her terrible act.

Dasha is less murderous than Aksinya, but she has to learn how to balance and control her affinity for steam. As she sets off on her journey, Dasha has her Raskolnikovian warning dream, in which she also dreams of a village much like Aksinya’s:

As they crested the rise, she saw there was a village down there, down in what was almost a ravine at the bottom of the hill, so that the only thing she could see of it from the road was the smoke rising from its chimneys—or was it steam rising from vats of laundry? She could feel it scalding her skin even from here. She whimpered and tried to pull back harder, but her father only dragged her forward with redoubled strength. Dasha twisted around to try to run the other way, but as she did, she caught sight of…something coming down the road after them.

I was not a fan of Chekhov when I was first introduced to his plays as an undergraduate (undergrads can be foolish like that). But reading his stories as a grad student finally made me appreciate him, something helped by the fact that I took a class on him with Radislav Lapushin, one of our foremost current Chekhov scholars (and my dissertation advisor). I doubt that I ever learned to appreciate Chekhov to Radik’s satisfaction, but reading “In the Ravine” was, even if maybe not in the way that Radik intended, a life-changing experience for me.

And now for this week’s selection of giveaways!

And then there are dozens of free short stories, previews, and full-length novels in the following giveaways:

The Series Starters Giveaway is for, you guessed it, first books in a series.

The Fantasy Book Binge Giveaway has all subgenres of fantasy

The Magic Rises Giveaway has over 100 free books and stories of all magical subgenres!

2 thoughts on “Snakes and Steam: Rewriting Chekhov’s “In the Ravine” (plus this week’s selection of giveaways)”