Having your perceptions altered in some way can be terrifying, and certainly makes things difficult, but it can also be a tremendous source of inspiration and literally allow you to see things in a completely different way. I’m currently reading Dr. Jill Bolte Taylor’s book My Stroke of Insight, about her experience as a neuroanatomist who suffered a massive stroke and witnessed her thoughts and perceptions alter, so that she ended up experiencing what she realized was Nirvana. It’s a fascinating read and I recommend it.

Meanwhile, back at the ranch of my own writing, I’ve been working on the paperbacks of The Dreaming Land trilogy (grab your free ARC of Book 1, if you haven’t already, plus loads more free fantasy, in the Otherworldly Creatures Giveaway, and Book 2 in the 9 1/2 Weeks Giveaway), and thinking as I mess with minuscule margin about differences about perception and how that’s good/bad for an artist. 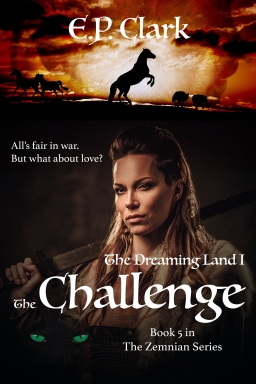 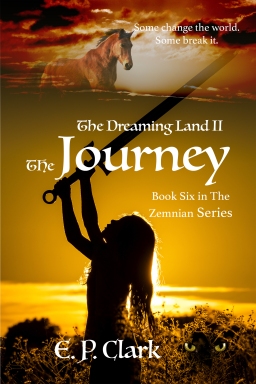 The covers that were giving me such formatting issues yesterday–not the best thing when you have brain fog!

Because while I’d say that Lyme disease has significantly affected my perceptions, I had altered perceptions long before I was exposed. For example, I realized a few years ago that I have had a mild form of synesthesia, in which you experience one type of perception as another, since birth. Apparently this is not uncommon in artists, with Nabokov being a notable example. In my case, I experience sound as taste and touch as well as noise. To be honest, I mainly suppress it, as most of the sensations are negative or distracting, but it probably explains why I have very strong feelings about certain bands and instruments.

(I’m now wondering if I also experience taste as sound???? Is this why I’m such a picky eater????)

Once I realized that this was unusual, I decided to work it into my character Dasha from The Breathing Sea duology (and you can grab a free preview of Book 1, plus plenty more epic fantasy, in the Forgotten Empires Giveaway, or the whole book for free on KU  here). 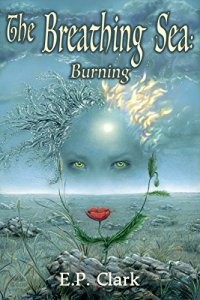 So Dasha experiences the same sound/taste synesthesia that I do. But of course she isn’t just a copy of me–that would be boring! (Okay, so her other neurological problems are based on mine as well–but not just on mine). She’s also consciously modeled off the character Prince Myshkin from Dostoevsky’s The Idiot, as well as Dostoevsky himself, although her possible epilepsy is milder than his. Still, like him, she experiences both debilitating fits and moments of incredible clarity that seem, and maybe are, “magical,” depending on your definition of magic.

I confess I had fun in reworking some scenes from The Idiot into The Breathing Sea, with Dasha’s recurring vision about golden rays of light a reference to the execution scene that Prince Myshkin narrates at the beginning of the novel. I also worked in a dream sequence from Crime and Punishment, and a reference to the sticky green leaves from The Brothers Karamazov. So if you are a Dostoevsky fan you will, I hope, enjoy finding all these textual Easter eggs. There’s all kinds of other stuff in there as well, with allusions to Chekhov, Pushkin, and Hedgehog in the Fog, but that sounds like a topic for a whole ‘nother post.

Anyway, while “magic” is definitely real in Dasha’s world, it’s based off of things that we probably wouldn’t call “magic” but that exist in our world; namely, sensations and abilities that lie, sometimes more more latently than others, in our brains. And as with Dasha, these “magical” abilities can be both a blessing and a curse. Most people with synesthesia apparently enjoy it and are grateful to have it, but epilepsy is very much a mixed bag, and I doubt most people would want to undergo a devastating and life-threatening stroke like Jill Bolte Taylor. Still, we can be grateful that people like Dostoevsky and Bolte Taylor did undergo these experiences, and can share their insights with us.

What about you? Have you experienced some form of altered perception that gave you a moment of insight or clarity, or caused you to see things in a whole new way?

The Breathing Sea I on Amazon

My Stroke of Insight on Amazon

One thought on “Synesthesia and Other Sources of Inspiration”