I’m currently reading Jessica Taylor-Bearman’s A Girl Behind Dark Glasses, about her experience as a teenager with severe ME/CFS. 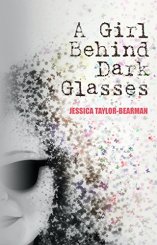 I’m interested in her story not just because, as someone with a chronic illness, I’m interested in the stories of other people with chronic illnesses, but because, like most people in her situation, she has to try to convey what it’s like to experience everyday life in a far from everyday fashion. Those of us with neurological illnesses end up out of our heads a lot of the time, whether we want to be or not. When a lot of my acquaintances were experimenting with drugs in the days of our heady youth, I always declined, not out any prudish virtue, but because I had enough trouble with altered perception as it was. I thought it was just me. Turns out it was probably the spiral-shaped monster corkscrewing through my central nervous system as well.

Anyway, describing the alteration of perceptions and experiences that most people take for granted is a surprisingly difficult business for a writer. It leaves you facing the unbridgeable (it seems) gap between your experiential reality and that of everyone around you. Words, as usual, can only give you a vague approximation of the true experience.

This problem was one of the things that drew me to researching war literature, which, like illnesses narratives, focuses on trying to explain what it’s like those who weren’t there, man, they just weren’t there, and they can’t ever know. In either case, the quotidian is breached and you end up, figuratively or literally, tripping out.

A couple of good examples of contemporary war literature that deal with these types of altered perceptions, if you’re interested, are Will Mackin’s Bring Out the Dog,

whose surreal psychedelic haze was inspired, the author said in an interview, by the experience seeing everything through night-vision goggles during night raids; and Arkady Babchenko’s One Soldier’s War,

in which the narrator describes intense, perception-altering fear-states while under bombardment.

These three authors have three very different styles–Jessica is writing as a naive and imaginative teenage girl (yes, I’m using her first name here on purpose, as she’s deliberately going for a more cuddly, personal style than the other authors), Babchenko is trying to evoke the sensations of being a desperate recruit scared out of his mind, and Mackin’s narrator is a hardened Special Ops officer who floats along in an emotionally detached purple haze–but they all struggle with the same issue of how to describe non-verbal states that the reader has not experienced. If you read the books yourself, you can decide how well they do.

As I reread my own works, I’m struck by how often my characters end up tripping out as well. Clearly this is how I perceive the world. A good example is when Valya, in The Dreaming Land I: The Challenge

hears some shocking news, and spends the rest of the day in a state of weirdness:

I had blithely assumed, when the initial shock had passed there in the kitchen, that Kirochka’s revelations would not have any great effect on me, and that I would go about my day with all my accustomed energy, but when we stepped out into the bright sunlight, something seemed wrong with my eyes, and I almost staggered from the wave of dizziness that hit me. After a moment I got hold of myself and we proceeded to the stables without Mirochka noticing anything wrong, but as we walked across the yard and then into the stable and down the rows of stalls, I felt as if I had somehow become separated from my body, or as if I were wading through deep water, so that every step was an effort, and everything was strange and far away. The part of me that could still care about things ground its teeth in annoyance. I had felt the same way for many weeks after, but I had thought I had left all this behind long ago. Obviously not.

If, by the way, you want to grab a free ARC of TDLI, they’re currently available to download in a couple of intriguing-looking giveaways:

Women of Spells and Space Giveaway

For Queen and Country Giveaway

As Valya’s powers develop, of course, her perceptions become more altered, with her starting to become disconnected from her own hands in The Dreaming Land II: The Journey (available, because I have to do my bit to plug these things and also because I want to make sure you get your chance to get an ARC, in the Summer of Love Giveaway).

Does she ever get cured? I guess we’ll have to read to the end and find out!

Oh, and in case you were wondering, I was tripping out while I was writing this. All apologies if the letters don’t actually form words.

One thought on “Tripping Out: Writing About Altered Perceptions”