The first real fantasy story I wrote was called “Winter of the Gods.” In what was either a harbinger of future glory, or a cruel joke, it promptly won an award and was published in an anthology. Now, more than 10 years later, Bardic Tales and Sage Advice is bringing out a kind of “Greatest Hits” anthology, and “Winter of the Gods” is included!

My writing and my fantasy worlds have evolved since the original publication of “Winter of the Gods,” but upon re-reading it in preparation for the publication of the anthology, I decided it’s still something I’m very proud of. 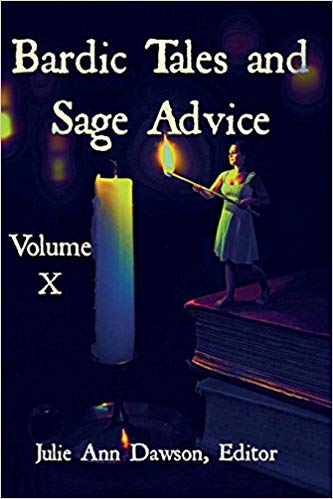 And the series website is here. Definitely worth checking out!