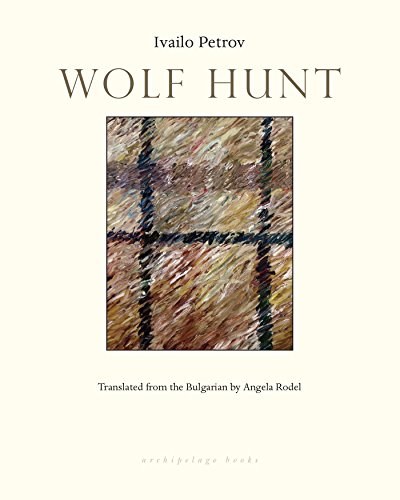 In “Wolf Hunt,” the threads of village passions come together as a group sets off on a wolf hunt that serves as a pretext for something even more murderous. Living side-by-side for decades, right through the upheavals of WWII and forced collectivization, has inflamed resentments rather than drawing people together, leading to a violent denouement.

Long, dense, and complex, in the tradition of East European prose, the story is told through multiple narrative voices, utilizing flashbacks and flash-forwards, internal monologue, inserted documents such as letters and journal entries, and generous portions of skaz, or oral/dialectical speech integrated into the text. The effect may be somewhat disconcerting to the Western reader more used to the mental candy of contemporary genre fiction or the stylings of Hemingway and his imitators, but it provides a richness, a depth, and a sense of interiority that a sparer style cannot achieve.

We are given the history of an approximate two-decade period, from WWII into the 1960s, of a single small village, as experienced by different village inhabitants, some of whom are mortal enemies of the others. The result is something like a very subtle detective novel, as we are told first one side of the story, and then another, completely different side that throws the events and the characters in an entirely new light, while minor events and characters in one chapter become central in the next. Along the way we are given a precis of mid-20th-century Bulgarian history and the attempts at collectivization and building a communist society. Readers familiar with Russian history and literature of the period, which is more widely known in the West than that of Bulgaria, may find the comparisons between the two to be particularly interesting, and for any reader this will be a fascinating introduction to a literature and culture that all too rarely receives exposure in the West. Not a quick read, but an extremely worthwhile one for anyone interested in Eastern Europe, especially its smaller and lesser known regions. Readers looking for something culturally exotic should take this opportunity to acquaint themselves with a literature they are unlikely to find elsewhere.