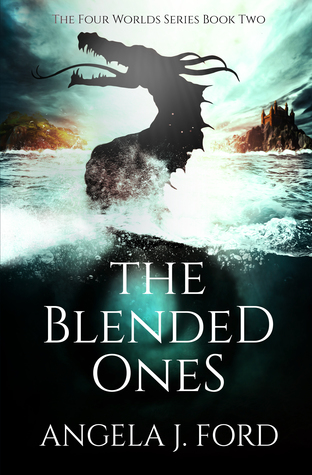 “The Blended Ones” is a high fantasy novel in some ways very reminiscent of the Shannara books. There are the Four Worlds and the Four People Groups, and adolescent siblings who have to go off on a magical quest to save the world. In this case, though, it’s two sisters, Phyllis and Ilieus, who are “blended,” meaning what you might call biracial, with parents of different People Groups. Ilieus has visions she can’t control, while Phyllis is the stalwart one, taking over when her mother dies and she and Ilieus end up on the run, even as she harbors dreams of her own–dreams that might actually be able to come true?

Having two sisters as the central characters of a heroic fantasy novel is a nice touch, especially since neither sister is a stereotype. Ilieus is the “magical one” and Phyllis is the “heroic one,” but neither of them are prone to the kind of quasi-macho posturing that too many so-called “strong heroines” engage in. Instead, they really are strong, something that the other characters not only accept, but take for granted. In fact, pretty much all the female characters are genuinely powerful, but in a natural, organic way. This is actually quite difficult for a writer to do, since we don’t have a lot of examples to work from, so its realization here made a pleasant change.

The worldbuilding is imaginative, despite the echoes of other epic fantasy series and tropes such as magic swords, prophecies, and items of power. However, these are classic fantasy tropes for a reason, and the elements are brought together in a fresh fashion, with some charming touches such as Phyllis’s pet dragon. The action does proceed at a frenetic pace, which is not something I personally care for, but I know that many fantasy readers prefer a fast-moving plot with lots of action. All in all, a fun and readable addition to the epic/heroic fantasy genre, especially for readers looking to kick back and enjoy something with a plot you won’t get bogged down in and likable heroines as central characters.