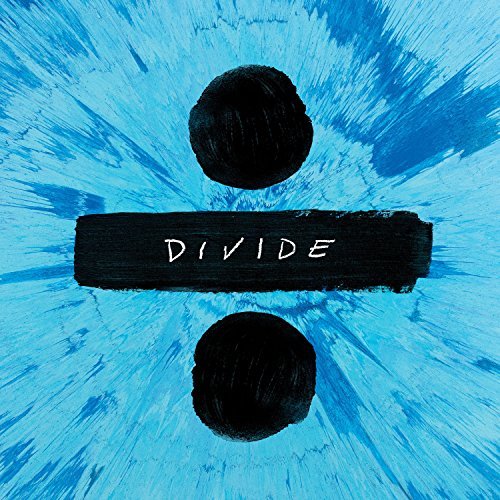 Okay, I admit it. I’m a huge Ed Sheeran fan. It took me a while, but “Divide” (why did he have to use a symbol that isn’t on my keyboard?!) has totally cemented my fandom.

For those who enjoyed Sheeran’s previous two albums, “Divide” builds on his strengths while also being different enough to be refreshing. Like “+” and “x” “Divide” is either a disorganized mishmash or a dazzling array, depending on your point of view, of musical styles. There’s the guitar ballads and rap that made Sheeran famous, but this time around he’s experimented with Latin syncopation, most noticeably in “Barcelona” and “Bibia Be Ye Ye,” but also in the edgy opening track “Eraser” and single “Shape of You,” originally written for Rihanna, or so the story goes, but then appropriated by Sheeran himself. “Shape of You” certainly sounds like something Rihanna could and would do, but Sheeran more than does it justice, keeping up the bad-boy side of his persona, something that is dialed back a bit in “Divide” in comparison with “x,” but is still present. It’s transmuted into something more like a smolder, inasmuch as one can imagine Sheeran smoldering (he actually pulls it off surprisingly well) in the R&B/blues-inspired “Dive,” one of the many love ballads filling the album.

Sheeran’s love songs often cross my personal line into the terminally treacle-y, but he once again he proves himself to be a master of the genre, not just in “Dive” but in the vaguely Clapton-esque “Perfect,” which has echoes of “Wonderful Tonight,” with more than a hint of Motown sound. Fans of brokenhearted ballads should not despair either: “Happier” (a subtle allusion to Snow Patrol’s “You Could Be Happy”??? Sheeran’s work is aggressively allusional, and he seems to name-drop both SP’s Johny McDaid and Irish singer and acknowledged influence Damien Rice, emphasizing his ties to the Irish side of his Anglo-Irish style) is a bittersweet little ditty about recovering from a bad breakup, that starts with just voice and guitar, and then swells into something orchestral, before fading back into hopeful resignation, accompanied by a few gentle piano notes. And then there’s the rap-and-Irish-folk hybrids like the unrelentingly catchy “Galway Girl,” which (thanks, Ed!) is sure to be running through my head for days now. The songs are so varied that listeners are likely to have definite favorites and least favorites, but anyone who likes anything by Sheeran at all is probably going to find something to enjoy, and doubters may be won over by some of the new sounds he tries here.

Each song tells a little story, but the album as a whole isn’t a single coherent cycle. As with “+” and “x,” there are recurring themes that weave in and out, so that there will be a couple of songs about ex-girlfriends (“Happier,” the bitingly witty “New Man”) , a syrupy love song (“Hearts Don’t Break Around Here,” and a protest against materialism (the almost unbearably infectious in its simplicity “What Do I Know”–important note to self: the chorus is almost certainly about “the stock market crashing,” not “the star monkey crashing” as I originally thought). Nonetheless, there is an overriding preoccupation with family that appears again and again, whether in “Supermarket Flowers,” a religious-tinged song about losing one’s mother that only Sheeran would dare to put on a pop album, the Irish-influenced “Nancy Mulligan,” the frequent references to advice the singer has received from his father, or the thoughts he repeatedly has about finding a woman to bear his children. “Divide” is not so much about telling a single story as it is about situating the lyrical persona generationally: as he is pulled here and there by fame, love, and career, he seeks stability in connections to others, some times more successfully than others. Sheeran’s lyrical persona may swoop back and forth between charmingly naive vulnerability and brash independence, but (to, in keeping with the Anglo-Irish themes here, misquote U2), while he may not yet have found what he’s looking for, he thinks he knows what it is, and that is to take his place in the stream of time and generations that hover around all of his creations. Like Damien Rice, Sheeran’s lyrics are grounded in concrete details, and his lyrical persona, while decrying materialism, recognizes that it is the everyday material of life that matters the most. Another great album that demonstrates that Sheeran is one of the most inventive producers of pop music currently performing.

Get your own copy on iTunes or here from Amazon: Divide (Deluxe Version)