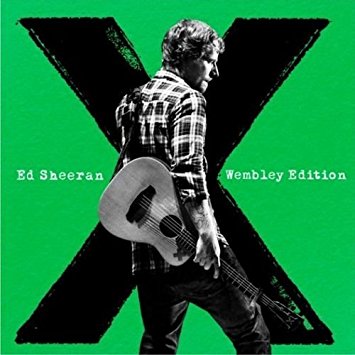 In “X,” Ed Sheeran’s follow-up to his stunning debut “+”(read my review here) he continues to dazzle with a wide variety of musical styles, all tied together with his trademark combination of rapid-fire rapping and mellow singing. In the “Wembley” deluxe edition, listeners are treated to some extra studio tracks, including the dance-inspired collaboration with Rudimental “Lay It All On Me,” along with live recordings of “Small Bump” and “The Parting Glass” performed at Wembley. The raw emotion of the live tracks contrasts with the slick studio sound of “Lay It All on Me,” which follows immediately afterwards, as well as some of gentler numbers such as the hit single “Thinking Out Loud.”

In fact, contrast is the name of the game in “X.” Musical experimentation abounds: there’s the aforementioned rap (“Don’t,” “Take It Back,” “The Man”), rap-pop hybrids (“Nina,” “Touch and Go”), energetic and/or tortured guitar-pop (“I’m a Mess,” “Sing,” “Runaway”), some really schmalzy pop (this is where Sheeran tends to lose me, but I can recognize the talent even in “Thinking Out Loud,” which I find so sappy I can hardly bear to listen to it), and folk-, blues-, and bluegrass-inspired numbers. This profusion of styles pretty much guarantees that any given listener is going to have strong favorite and non-favorites, but it also means there’s something here to like for almost anyone, and no one is going to be bored.

As with the multifaceted musical sound, lyrically, the album does not at first glance tell one unified story or work as a single cycle; rather, multiple thought-strands and preoccupations come up again and again. The lyrical persona goes back and forth between outrage at romantic betrayal (“Don’t,” “The Man”), regret at relationships that can’t work (the outstanding “Nina,” “Touch And Go,”), and the pink flush of love (“Thinking Out Loud,” “Tenerife Sea”). In fact, though, there *is* a theme that pulls everything together: the singer’s overwhelming drive to find success and his rock-hard self-belief, which tears apart his romantic life, threatens his family connections, and puts him at odds with his record company. The “Ed Sheeran” (in quote marks because there’s “Ed Sheeran” the lyrical persona, and Ed Sheeran the real person) of “+” was a young, naive, bleeding-heart kind of a guy; the “Ed Sheeran” of “X” is a little more cynical and a lot more concerned about the cost of the sudden success that’s been thrust upon him. “X” is in a certain respect the story of someone whose dreams have all come true: the question that follows is “Now what?” Does, the singer of “X” asks, success mean just an endless round of plane trips, punctuated by grim events like writing your will and arguing with your record company? What kind of dreams do you have to give up to have all your dreams come true?

Which is not to say that the “Ed Sheeran” of “X” is gloomy and cast down. On the contrary, he’s full of energy and fight, ready to kick unfaithful lovers to the curb and spit braggadocio-filled lyrics about his talent and meteoric rise to the top of the charts. Which, especially sandwiched between the softer songs, is charming. But it does the beg the question (okay, it doesn’t: the answer is staring us all in the face) of why Sheeran is treated so differently from his sometimes-collaborator and fellow pop prodigy Taylor Swift 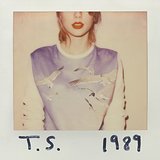 ): the occasional critic might not be won over by Sheeran’s message, but he seems to have escaped the criticism Swift experiences for using her personal life to fuel her music, for being calculating and driven, and (oh, the horror!) for not being “inclusive” enough in her feminism (check it out here, here, and here, if you can tolerate that much slut-shaming for liberals). “X” is the album of a musician who unabashedly uses his personal life as artistic material, and openly wants to get ahead. And the result is deservedly a smash hit. But it’s something that perhaps only Sheeran could get away with.

You can grab your own copy on iTunes or from Amazon: X Wembley Edition (CD+DVD)