Reaching the Shore: A Story of Survival, Courage, and Endurance 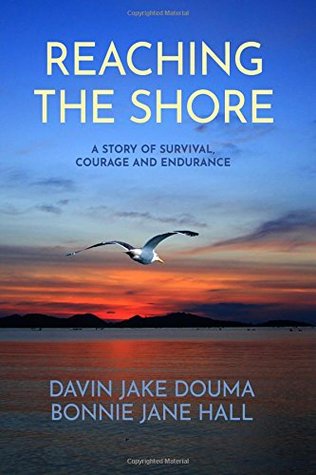 What is the point of prison?

That is one of the questions that this book asks, explicitly and implicitly, over and over again. Written by his mother, this is the story of Davin, who at 16 was tried as an adult, convicted of first-degree murder, and spent 27 years behind bars. By the time he was released, his health was irrevocably ruined.

Davin’s story highlights many of the problems of the American prison system. It is unpredictable and unjust: although three boys participated in the events that left a fourth boy dead, only Davin was charged, while the other boys were granted immunity and served no time. It is also unpredictably harsh: although Davin was a juvenile and may have been acting out of self-defense, he was tried as an adult and convicted with first-degree murder; mitigating circumstances were not allowed to be taken under consideration. Cases are used to serve political ends: despite being a model prisoner, Davin was repeatedly denied parole so that politicians could look “tough on crime.” The system is often neglectful and cruel to a criminal degree: Davin suffered a ruptured appendix while waiting for trial but was denied treatment for several days after his appendix had been ruptured, leading to a lifetime of health problems and suffering. And, finally, the US prison system is needlessly punitive and arguably does more harm than good: the teenage Davin had to fight off predators and “make his bones” as someone too tough to hassle; although Davin did not go down the road of permanent criminality and violence that is all too common, many prisoners come out of prison much more hardened and violent than they were when they went in. And the US is and has been for some time the number one prison state in the world, with more people incarcerated than were in the Gulag system during the height of the purges; as Adam Gopnik says in “The Caging of America,” “Mass incarceration on a scale almost unexampled in human history is a fundamental fact of our country today—perhaps the fundamental fact, as slavery was the fundamental fact of 1850.”

It’s easy when reading accounts of, say, the USSR during the 1930s, to wonder how people could just let that happen. Why weren’t they crying out against it? Because, as you discover if you read, say, Solzhenitsyn and Ginzburg’s accounts of their own arrest, until it happened to *them* it didn’t seem real or even possible. Prison and labor camps are deliberately hidden away from the general populace, just like factory farms and slaughterhouses are. Something that terrible just couldn’t be happening, not here, not now. But it is.

While it brings up all these issues, “Reaching the Shore” is not, however, a brutal, hard-hitting expose of the American prison system. It’s much sweeter and yet much more frightening than that. Bonnie Jane Hall slowly weaves the story of her son’s upbringing, arrest, conviction, and prison sentence in with the story of her own life and that of the rest of her family. The book is neither investigative journalism nor literary fiction, but a deeply felt personal essay, and it has that straightforward, in some ways naive (in both the ordinary and Schillerian sense) tone, which will probably make it appeal to readers who might shy away from a theoretical discussion or an aggressive denunciation of the problem. “Reaching the Shore” shows both the horror of what happened to Davin and is happening to millions of other Americans, and the ways in which day-to-day life goes on for the rest of his family. Its honest and unaffected style, with its concerns with the mundane aspects of the life of prisoners and their families (how do you set up visitation with someone imprisoned in another state? How do you manage to talk to them on the phone? Bring them food? Keep living your own life while your child is locked away from you?) gently brings home the oddly banal evil of incarceration. “Reaching the Shore” is probably not the kind of book most people are going to pick up for a little fun reading–it made me tear up at the end–but I would argue it’s an important read for anyone interested in the American prison system.

And you can sign up for my mailing list to get updates, special offers on free books, and a preview of my latest book, “The Breathing Sea,” here!