Anatomy of a Soldier 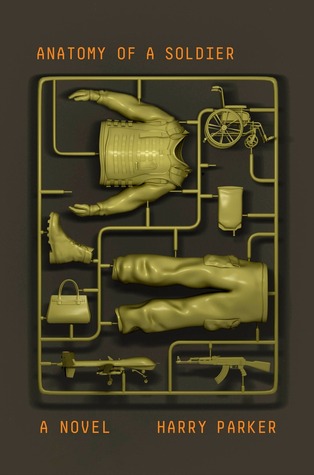 In “Anatomy of a Soldier,” the wounding and subsequent rehabilitation of British soldier Captain Tom Barnes is told, in non-chronological order, from the perspective of the objects that come into contact with him, from the IED that rips off his legs to the prosthetics that he is eventually fitted with. Along the way we meet those who engineered the attack, the friends and family members of both sets of fighters, and the strangers who work to save Tom’s life.

The conceit behind “Anatomy of a Soldier” is clever, and the subject matter is fairly gory, but the book avoids hiding behind either clever conceit or gruesome depictions of violence, whether military or medical (although the squeamish may have a hard time reading about the surgeries that Tom undergoes). Highly detailed and seemingly detached, it nonetheless conveys the pathos of both Tom’s life-shattering experience, and the tragedy of the shattered lives of those on the other side.

Like a number of works about recent conflicts, the focus is not on the characters’ courage and plucky fight against the odds, but on how all the courage and pluck in the world cannot, in fact, protect you from the damage caused by modern explosives. Tom had imagined getting wounded before it actually happened, but had always envisioned it as a flesh wound from a bullet, which he would bravely shrug off and lead his soldiers back to safety before seeking treatment. The reality is quite different, the catastrophic nature of his injuries rendering all possibility of courage moot.

This could be a depressing narrative, and it is indeed bittersweet, but the multiple points of view work to suggest that, far from being alone, we are all living in an animate, interconnected world, something that even war cannot, fundamentally, destroy.

One thought on ““Anatomy of a Soldier” by Harry Parker”